What’s So Unique About LIPOGEMS®?

While other fat preparation methods are espoused by other practitioners, such as extracting the SVF (stromal vascular fraction) by dissolving the fat, these other methods leave out, and even can destroy some of, the complexity of the entire healing environment.

Far from being the amorphous blob that most people think it is, fat is actually a very dynamic and active biological tissue. It is rich not only in mesenchymal stem cells (MSCs) but also in many other growth factors, supportive cells called pericytes, and healing proteins known as cytokines. (Cytokines are small proteins that are critical in cell signaling. Specifically, they are released by cells and affect the actions and behaviors of other cells. Without these cytokines the stem cells don’t know what to do!)

While fat contains a rich healing environment, one of the problems with intact fat is that the critical cells and cytokines are buried in the fat matrix. The fat can be dissolved with enzymes. But this is prohibited by the FDA without special permission or research licenses. Until the introduction of LIPOGEMS®, physicians were restricted to using intact fat, which limits its usefulness.

Through a minimal, enzyme-free manipulation of the fat in a sealed, sterile device, with LIPOGEMS® there is both a gradual reduction of the size of the adipose clusters and the elimination of pro-inflammatory oily and hematic residues. The lipoaspirate is processed via complete immersion in a sterile saline solution which minimizes any trauma to the cellular products, thereby preserving as much of the regenerative healing potential as possible.

An important point to note is that LIPOGEMS® is not simply – or only – a “stem cell” treatment. Rather, it’s a comprehensive Regenerative Medicine treatment. A little known fact is that if you inject pure stem cells into a damaged area, most of those cells will die! As noted above, mesenchymal stem cells need a supporting cast of other cells and proteins in order to exert their healing benefits.

Unlike other so-called “stem cell” treatments, the major – and distinctly unique – advantage of LIPOGEMS® is that the complete healing environment of the adipose tissue is captured, carefully processed, and then precisely injected.

The bottom line is that the objective of the LIPOGEMS® product is to harness the natural regenerative process of tissues, and it is used in the treatment of numerous pathologies.

How are LIPOGEMS® Treatments Done? Next, a thin blunt-tip cannula is inserted into the fat layer and the fat is infiltrated with a mixture of sterile saline and anesthetic. We then let this sit for 15 minutes to make sure that adequate anesthesia is obtained. 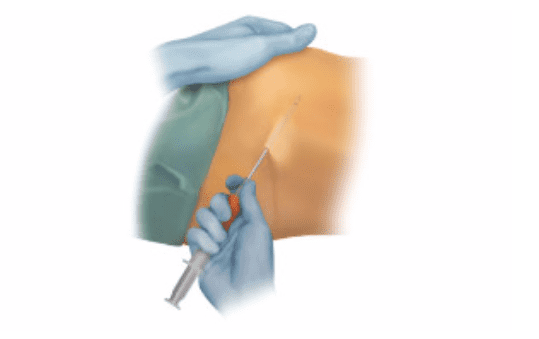 We then insert a thin harvesting cannula and aspirate the fat. This only takes a few minutes and is virtually painless. Depending on what areas or joints we’re injecting, we take anywhere from 50-120 cc of fat (roughly 4-8 tablespoons). Much to the chagrin of many patients, this small amount is not enough to make a cosmetic difference! 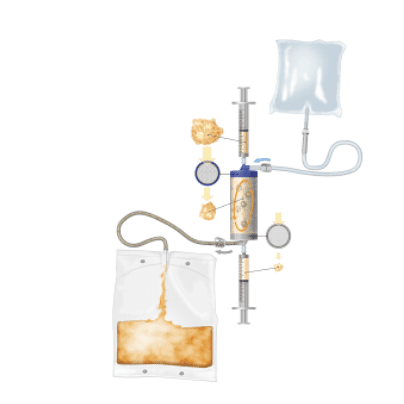 Once the fat is harvested, it’s processed using the propriety LIPOGEMS® device to yield a powerful healing autologous tissue. This takes about 20 minutes and is done while you wait.

The resulting lipoaspirate is then placed into several small syringes for injection. We perform all of our injections under ultrasound guidance to help ensure both accurate and safe treatment.

The total length of the visit for a LIPOGEMS® treatment is about 90 minutes, but most of that time involves either waiting for the anesthesia to take effect or waiting while the technician processes and prepares the fat for injection.